Thanks again, and best regards 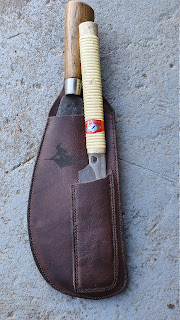 Posted by Foster Leathercraft at 9:26 AM No comments:

At this moment I've clocked just under 300 hours in December and, suffice to say, I'm feeling it a bit.  The holiday blitz got a late start this year, kicking off with four or five maps in one week and then going strong right up until Xmas. I have a few big commissions scheduled for the first half of January so it'll be a little longer before I can take a full day off.  It hasn't helped that this was my only opportunity to squeeze in some personal projects until February or so.

I haven't had much of a chance to look back over the past year.  It looks like I met most of my goals though and the laser cutter's been working out pretty awesomely. 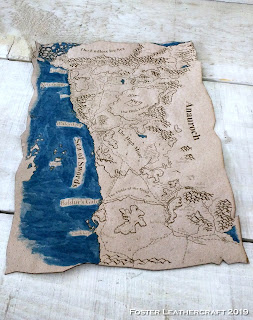 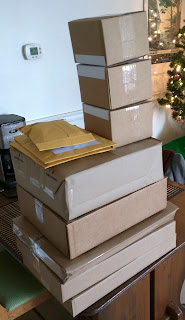 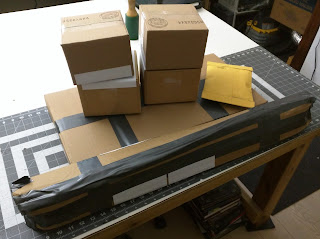 I'm still working out my goals for 2020 (I still have 9 hours!) but there's no reason to expect it won't be at least as productive as 2019.  I'll be heading to PAX South in late January and that'll be an enforced rest if I haven't managed one before that.  I'll be back home in San Antonio for about five days and that'll be great.  Once I get back I have a list of products to develop including yet more dice cups, ready-map maps, and new and improved spellbooks!
Posted by Foster Leathercraft at 1:44 PM No comments:

Earlier this year I made a map case for a fellow and just before the holiday crush he reached out to have a similar case made with two changes: it needed to be 29" long instead of 19", and he wanted a luggage handle installed on the body.  I found what I thought were the photos from his original order and pulled the aesthetic specs from that. 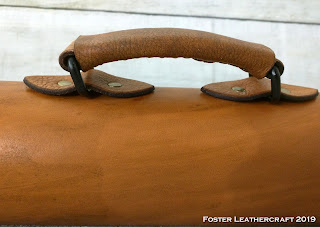 It turns out I made two 19" map cases back to back and I'd grabbed photos of the wrong one for the specs.  So I'd made the case in the wrong color and didn't include some decorative stitching around the periphery.  Even worse, I didn't figure this out until the client received the case.  That was pretty embarrassing.  I redressed the situation by producing and shipping another case as soon as the holidays allowed.

Posted by Foster Leathercraft at 12:32 PM No comments:

Dude. The map is amazing. I broke down and gave it to my DM tonight and he legitimately shed a few tears. You're stuff is amazing, thank you so very much!!!! I can't leave a review until Dec 23rd but it'll be five stars!!
Posted by Foster Leathercraft at 1:27 PM No comments:

A large map based on an old school homebrew campaign map.  They packed a lot of detail in a gorgeous map.  I hope I did it justice! 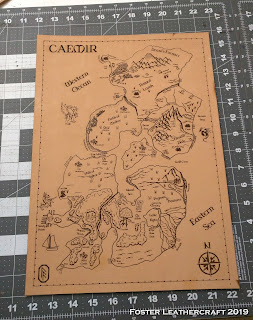 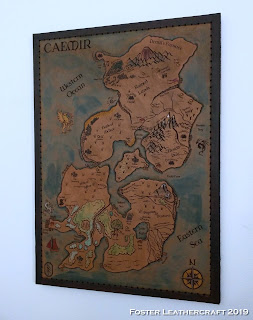 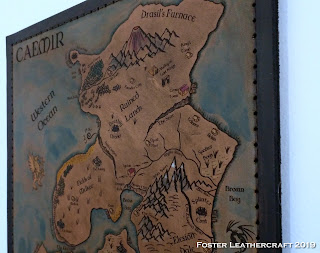 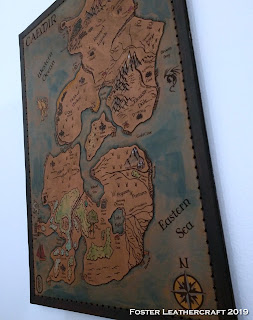 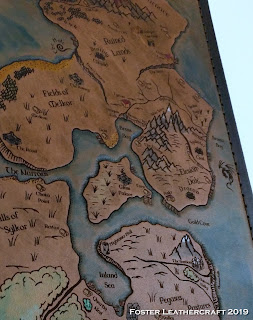 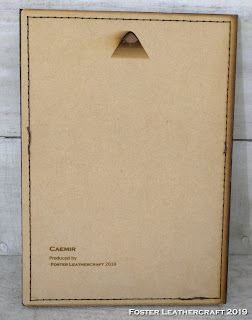 Posted by Foster Leathercraft at 1:22 PM No comments:

It's been ages since I read Wheel of Time but I got to go back to "Randland" for this commission.  I redrew one of the official maps and cleaned up the text to work a bit better on leather.  Because Robert Jordan was all about that bling I added a gem rivet to the compass because of course.  The geography doesn't make any sense at all but it makes a pretty map! 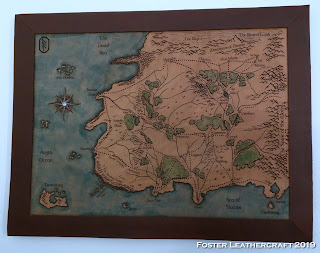 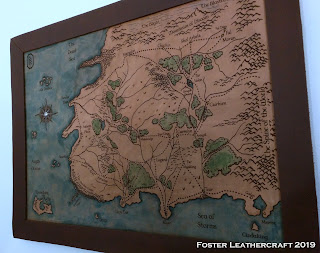 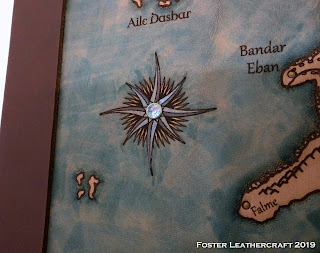 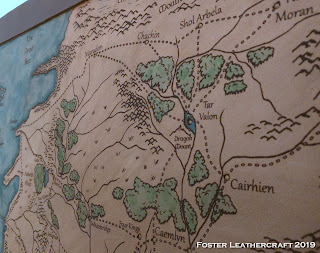 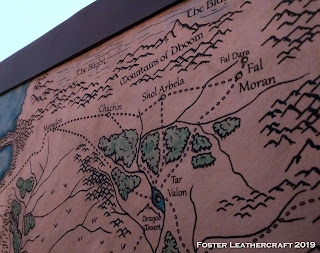 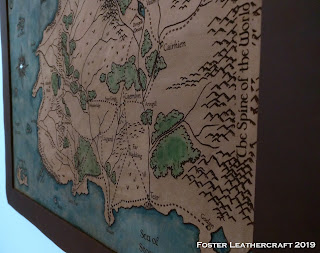 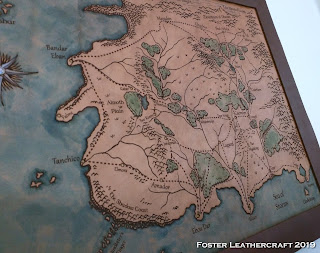 Posted by Foster Leathercraft at 1:28 PM No comments:

Just look at this beautiful homebrew map!  The original was drawn on laminated letter paper and colored in with what looked like pencils and it's perfect.  I tried to duplicate the coloring with some tinting and that worked so well I may do more of it on future maps.  The friendly kraken is just precious. 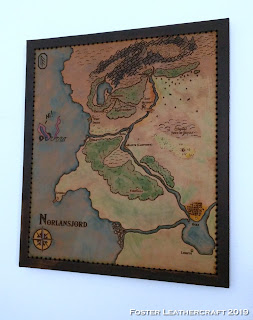 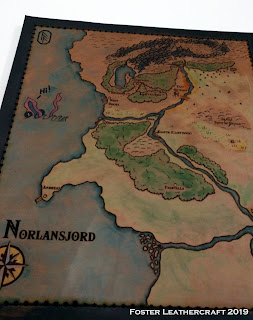 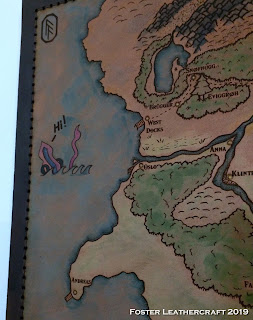 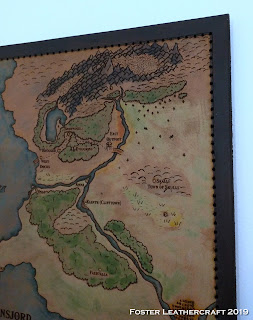 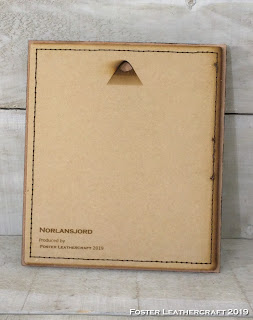 Posted by Foster Leathercraft at 1:19 PM No comments: