I'm not entirely sure what the whole story was here but the client wanted to show the path these two people took together using a leather map and a few Canadian quarters.  Whatever the story is I'm all for that sort of thing!

They wanted to mark each of the cities by placing a quarter in the map where that city would be and tracing a line to where they met up in Washington, DC.  Canadian quarters are 23.9mm across but the closest bit I have is 25.4mm.  That 1.5mm difference is just enough to be obvious so I printed some cradles/sabots so the quarters would fit perfectly. 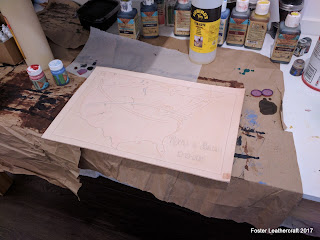 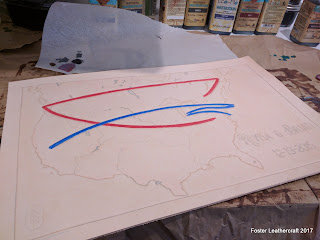 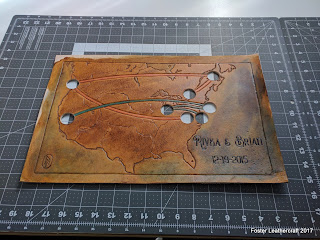 Another new thing I tried with this map was building a new faux frame around the finished map.  I used to do something similar on my earliest maps but with the stitching I figured it was worth trying again.  I'm pretty happy with the way it all came together! 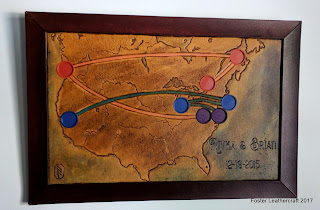 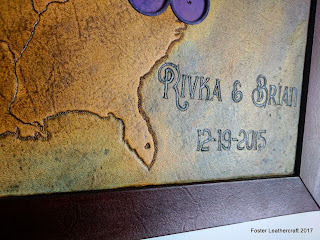 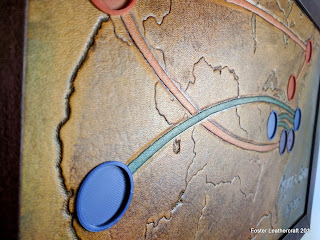 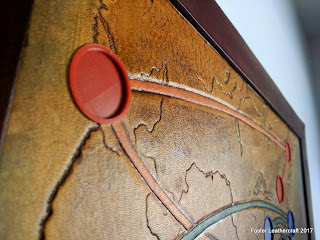 Posted by Foster Leathercraft at 9:56 AM No comments:

About 2.5 years ago I made a trio of guitar straps for a friend's family, the first of which was a laminated strap based off the album art for Rush's Clockwork Angel.  This client must've liked how that one turned out because they requested nearly the same design, just in tan rather than red. 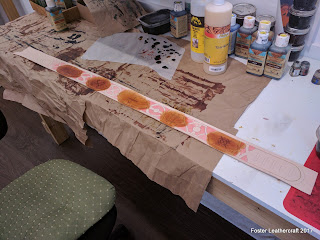 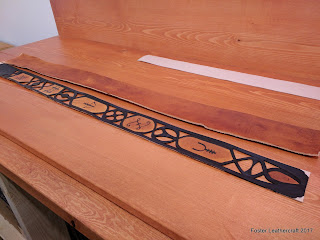 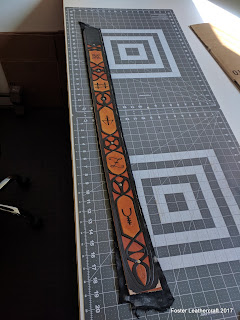 I've picked up a few tricks since early 2015 and my materials have definitely improved.  I used to use a glazed pigskin to line the guitar straps but this time around I used a piece of goatskin.  Goats aren't that big but by taking a cut down the spine of the hide I was able to get a piece just large enough to work for the lining.  It's very supple, almost deerskin-esque, and it won't slide as much as the pigskin.  It does make the edging a bit tricky but with the proper glue, a lot of burnishing, and some kote I think it's all worked out pretty well. 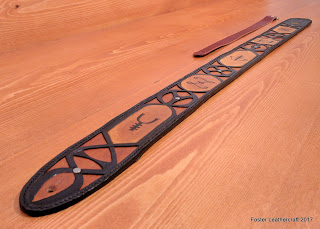 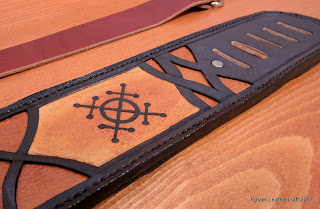 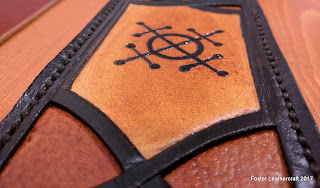 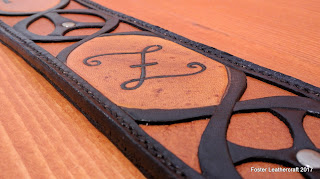 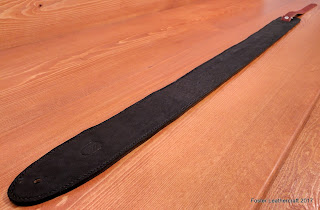 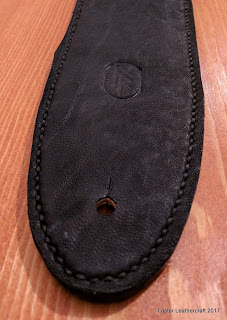 Posted by Foster Leathercraft at 9:30 AM No comments:

A design company in Austin decided to celebrate a big job being well done with a set of custom buckles (very Texan of them 😀 ).  It was kind of cool getting artwork from a group that develops this sort of thing professionally.  They needed the buckles in short order but fortunately I had just enough of the backings to get them right out the door.

Posted by Foster Leathercraft at 12:45 PM No comments: