This was  a special, long-term commission.  The client's partner has been DMing in a homebrew setting for years and had drawn up some simple maps in MS Paint and the like.  The client wanted to take those maps and turn them into a full-blown leather map for their anniversary. 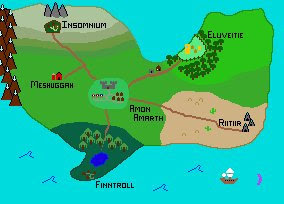 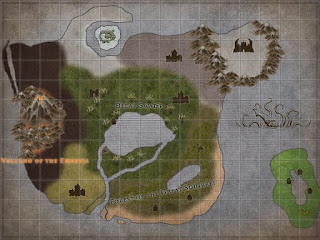 The first step was combining the two maps and drawing them by hand and I was pretty eager to take a crack at that.  It's pretty simple compared to some of the other maps I've drawn since taking that cartography course awhile back.  That's mostly because this map was only ever meant to become a draft for a carving.  All the fancy detail that makes it spiffy would be done on the leather.  To fill in some of the empty space between the regions we added some of the critters those areas were known for (most of which were traced right off the official 5e art).

As is typical for these longer term projects I took daily pictures to send progress updates once the carving started.  The transfer wasn't as clean as I'd hoped (argh) but by this point I'd drawn, sketched, or drafted the map more than a few times.  I was able to fill in the details free-hand.  Then I added some stain to the oceans.  That particular stain doesn't always apply smoothly with a brush (as evident here) or work happily with an overcoat but I used an interim coat to smooth it out and give it some shine.  This map has shiny waters, which is pretty cool. 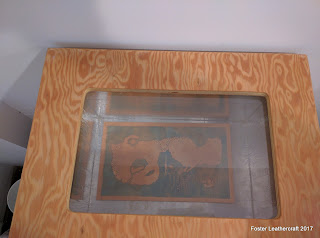 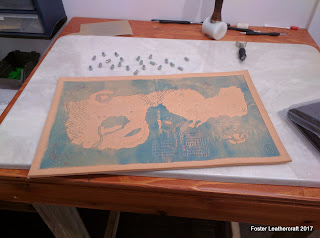 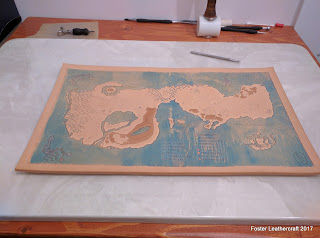 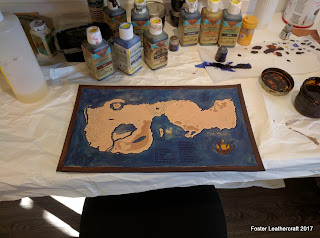 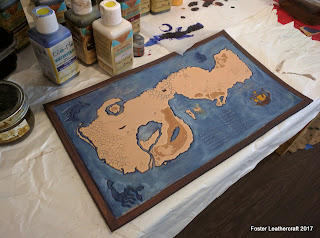 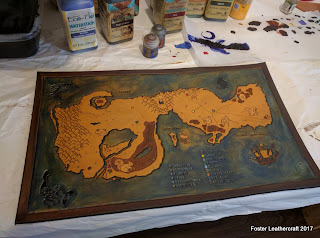 This was the second map that I stitched together and since the glue was already starting to give before the stitching was complete I'm pretty glad I gave it that extra step.  It's a bit nerve-wracking to take a power drill to the leather knowing that one twitch or mistake will negate a week of work but the result is worth it. 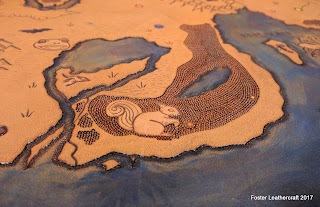 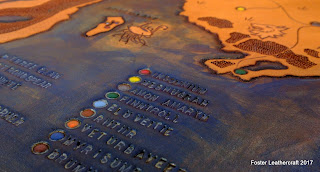 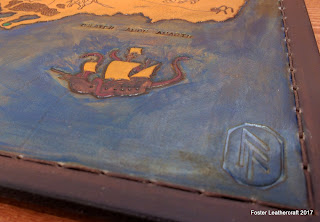 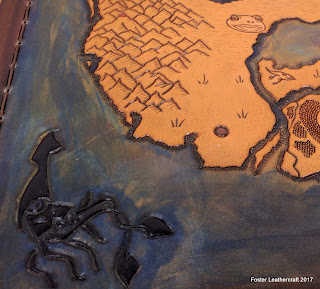 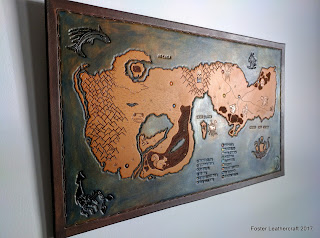 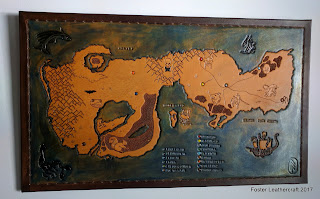 Posted by Foster Leathercraft at 10:31 AM No comments:

Every so occasionally I get orders that seem unrelated at first glance but a second look implies a link.  In this case I received two separate orders from two separate clients within an hour going to the same address.  I'm not quite sure what's happening there but my best guess is roommates gaming with each other.  In either case, I figured they might appreciate some color coding to tell their pouches apart. 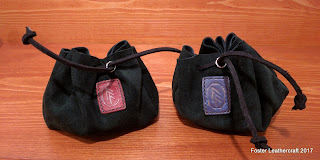 Posted by Foster Leathercraft at 10:19 AM No comments:

Email ThisBlogThis!Share to TwitterShare to FacebookShare to Pinterest
Labels: D&D

I'm glad these maps are turning out to be popular anniversary gifts (especially for the third anniversary).  This client wanted to mark the spots they had met, proposed, and married their partner; all in the city of Baltimore!

I've been noticing that some of the maps I'd made for myself were starting to peel from the backings after a year or so.  That's not something I'm really happy about but the only way to step up the fastening was to stick something through the leather and the hardboard.  I could've used rivets for that and probably been alright but I thought stitching would look nicer.  This does mean drilling every single hole (until/unless I figure out something better) but it gets the job done! 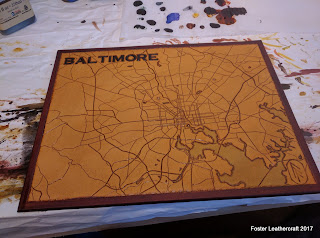 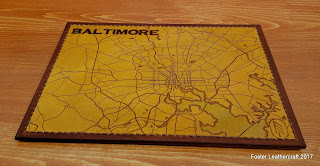 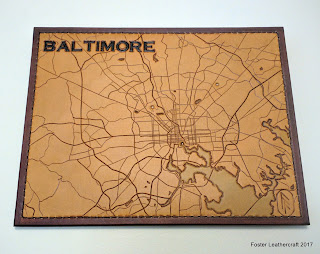 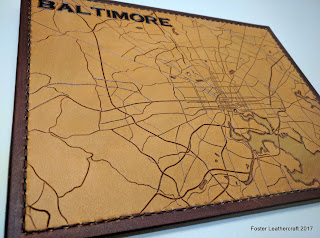 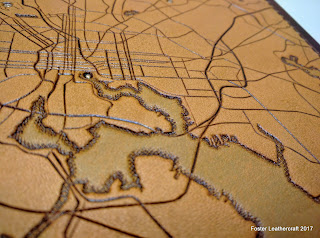 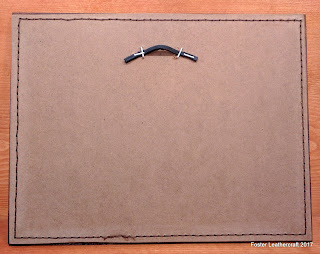 Posted by Foster Leathercraft at 5:48 PM No comments: